Posted on April 20, 2018 by festivalforromance 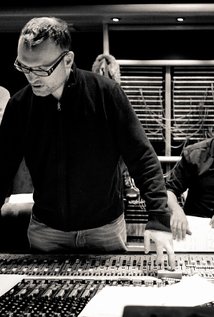 When I called up composer Henry Jackman’s office to do the interview, I was put on hold. Fittingly, while I was waiting I got to listen to the music of Henry Jackman. It was a great way to start the interview as his music is moving even when it’s “on hold” music from the phone.

Henry’s list of credits is already legendary, and he’s just getting started. He has composed Captain America 2 & 3, X-Men: First Class, Kinsman 1 & 2, and the upcoming Jack Reacher: Never Go Back, just to name a few. And I didn’t even mentioned his Animation movie composing (Go to his imdb profile).

In this interview, we centered on his score on “Birth of a Nation”, which should definitely lead him to his first Oscar nomination.

Matthew Toffolo: When did you first come aboard “Birth of a Nation?